Why the SPC will destroy SAFe

SAFe is a massively successful Enterprise Agile Framework, and irrespective of how one thinks about SAFe, it's impossible to think away from today's enterprise world. Part of the huge impact SAFe has made was due to its - undoubtedly extremely smart and well calculated - move of quickly training a large number of SPC's and letting them spread SAFe in organizations.
I believe that the SPC will ultimately become SAFe's downfall - let me explain. 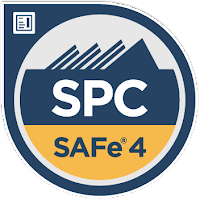 When I became an SPC in 2016, the requirement was "five years of agile experience at various levels, in various roles, in various organizations." Although at that time, I already saw some SPC's who didn't meet this requirement, I was excited to join a community of very seasoned agilists who were serious of moving beyond team-level agility.

Today, we see no such constraint. The main constraint seems to be who (or whose organization) is willing to invest the training fee - growing hordes of ersatz agilists are competing for an SPC role.

While most early adopter SPCs and SPCTs are massive bundles of competence, today's average SPC  brings only a fraction of the competence of the early adopters.

Organizations hiring such SPC's, unfortunately, lack the discernment to figure out the difference between a washout and true competence. This alone will ultimately undermine trust in SAFe.

The SPC exam is undoubtedly hard. Much harder than, for example, the CSM exam and still a tad harder than Scrum.org's PSM-II.  Unfortunately, this doesn't help when it's already fairly common practice to get together in groups with one single experienced person who helps everyone pass their exams - even to the point where some consultants earn some extra bucks by offering taking exams for others. As such, this form of quality assurance isn't worth anything, either.

The worst development I am currently witnessing are the SPC "premium agile coaches" who ask for four-digit daily rates, even though they lack every single dimension required to succeed in the role. Not only do they have extremely shallow understanding of agility - they have no experience of the makes or breaks of an agile organization and rely solely on the standard slide decks to get by.

One SPC literally told me, "It's too much work, and reinventing the wheel, to figure out what the customer needs. I just copy+paste SAFe by the Book." - talk about even basic understanding.
This level of expertise nets us ART's with 2 teams, Large Solutions of 40 People and Value Streams that start with a fully budgeted project or even a "Testing ART", and it's no wonder this eventually flies in people's face.

I predict that as more organizations get in touch with such Ersatz SPC's, fewer and fewer will take the gambit, until eventually the entire thing collapses. Give it a few years - if the current trend continues, it will come to pass.

Agility relies on empiricism, a lot of it is situational awareness and context sensitivity. The idea that "SAFe by the book is Industry Best Practice" is contrary to the very idea of agility, and what would you expect as a result when your consultant dumps a number of structures, patterns and practices on your organization? Agility isn't one of the things you should expect.

The SPC community is also facing an increased membership of people who bear the title "SAFe Coach (SPC)" and lack any form of coaching background.
Also note that an SPC is a SAFe Program CONSULTANT, not a coach. Consultancy has its benefits - not everyone needs to be a coach! And the SPC training program doesn't even claim to make you one, either.

Many "SAFe Coaches" confuse "Coaching" with telling other people what to do or selling them solutions. In a worst case scenario, I have seen an SPC "Coach" complain that they lacked a mandate to impose their own (very poor) understanding of SAFe  on the organization without resistance.

Such Ersatz Coaches are running rampant, to use the words of a friend of mine, "causing a nuclear fallout in their wake" - and their numbers are rising, whereas the number of truly competent agilists who work as SAFe Program Consultants isn't really increasing.

As such, the odds of SAFe-oriented coaching being worth its cost diminish rapidly.

SAFe allows people to get a sanctioned license to train Scrum Masters, Product Owners, teams and even managers without any relevant trainer qualification .

I once got a message from a disillusioned member of a corporate LACe who complained that she had just sat through a mind-numbing training with an SPC trainer who responded to a remark, "But that's Waterfall practice!" (after having explained that allegedly SAFe's Product Management requires Big Upfront Planning) with the serious question, "What's wrong with Waterfall?" and who for the heck of it couldn't figure out why Command and Control structures don't help in knowledge work.

What learnings would you expect from such a training? Significant agility probably won't be one.
The more organizations get exposed to such training, the less likely they will see SAFe delivering any benefits.


But wait, those are just the SPC's on the market - with an ever-growing number of snake oil sellers who are just out for a quick buck. So let's talk about the alternative.

Large organizations going the SAFe route quickly shift to raising up inhouse SPC's from the ranks of their own Project Managers and Line Managers. Many of them get sent to an SPC training without ever having experienced agility first-hand, and even if they have, it was only a kind of Scream. They have been in a middle manager role for a long time, oftentimes in the same corporation since they graduated. And now they take responsibility for helping their organization "become Agile". I will grant that they are motivated and keen to make a difference - they just lack experience to compare situations and the depth to predict future outcomes.
Consequently, they often implement things which look like a good idea but will have adverse effects months or even years in the future: How can they know?

Training is not Practice

The Inhouse SPC raised by an Inhouse "Agile Academy" under the tutelage of Inhouse trainers who are also very limited in Agile breadth and depth, although a great cost-saving factor, lack the background to avoid even elementary pitfalls. Even if the organization has the foresight of combining the training with on-the-job experience, we're still talking about people who basically "do organizational surgery after having read a book on the subject".

The Inhouse SPC and SPCT lead to a phenomenon I would call "Agile Incest" where people from the same company define what is "Agile" based on what the company itself is doing - the benchmark becomes the current reality instead of the true potential.

Combining the two items, that is, extremely limited agile experience as well as no exposure to alternate viewpoints, will make the Inhouse SPC believe that they have reached the culmination of Agile Excellence - which is in reality Dunning-Kruger's Peak of Ignorance.
They then proceed to spread their "excellent" ideas by moving on to better paid roles in other organizations or giving talks on conferences, where the name of their organization has a more impressive sound than the actual achievement.

Just to give one example of where this leads - I was interviewed by one such SPC who had become "Head of Agile Practice" in a corporation, who called on my incompetence for making the claim that a Product Owner actually gets to decide what gets built! They patiently took their time to explain to me in detail the mandatory half-year process across five layers of an "Agile Enterprise" where others will decide on what gets built by whom and when - before the Product Owner ever gets to see a requirement or talk to a stakeholder.

A massive influx and growing army of SPC's who have no background in agility are spreading dysfunctional practices. Organizations care more for SPC price and quantity than results and quality. Combined, this will eventually lead to the downfall and marginalization of SAFe.

I will leave it up to the reader to determine whether the currently visible acceleration of this process is for better or for worse.
Posted by Michael Küsters at 1:29:00 PM