Rules in a structureless organization

A critical aspect for Structureless organizations is how they deal with rules. One might think, "As soon as humans need to deal with each other, we need rules". Yes and no. Let's explore how rules change as an organization becomes Structureless.

We will explore the topic by starting with an unstructured organization, then progress from there.

Unstructured organizations have rudimentary rules, which are often simply made up on the spot, either ad hoc or post hoc. Rules mostly serve as a means to protect existing power structures, i.e. to beat others into submission and to exhibit superiority.
Rules are made exclusively by those who have power, and the rules serve them and their interests.

There is little mention of rules unless one is quoted or created to deal with a specific situation - and even then, the rule is hardly ever communicated to anyone beyond those involved. There is no examination whether these rules are consistent, conflicting or even make sense.

Most rules are arbitrary and wouldn't stand up to scrutiny, yet they never get challenged, as challenging them would equal challenging those who hold the power. The only people who will challenge rules are those higher up in the food chain, and only when it serves their purpose. This is usually not necessary, as further rules can be added at any point in time, as the lack of transparency around rules will already ensure that nobody realizes the conflict.

The following characteristics are symptomatic of "rules" in an unstructured organization:
Such rules will never be written down, as the mere prospect of doing so might end up in a lawsuit. Those in power will make sure that it stays like this. 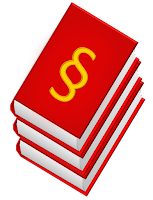 Indirectly structured organizations do have rules - and lots of them!
There seems to be a rule for everything - and most of these rules are highly formalized. They are intended to prevent any potential misunderstanding.

Most rules serve as a means of avoiding the need to address the root cause of the problems which have surfaced in the past, and every action of people is encompassed by some form of rule. Similarly to unstructured organizations, there is little discussion around whether rules make sense or are even applicable.

When people are unsure what to do, they will either try to discover which rule needs to be applied, or will look to someone in charge to provide a rule. In fact, people will try to avoid situations where no existing rule can be applied, as this poses an undetermined challenge. People tend to be more concerned with keeping the rules they have than whether these rules make sense.


The most denominating characteristic of indirect structures is the separation of decision and execution: Those making a decision are not the same people as those acting upon that decision. The indirection is in full effect when people state, "If you want to know why - please ask that person!"


The following three items are symptomatic for rule-making in indirectly structured organizations: 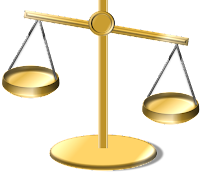 Rules are less constraining and prohibitive than in an indirectly structured organization, as they are aimed more at clarifying structure, helping people organize themselves and getting things done than at stopping undue actions.

Rules serve everyone and no longer treat everyone equally unfair. Rules acknowledge context and provide guidance. Rather than abolishing the application of common sense as an indirectly structured organization would, they guide common sense decision making at every level. Unlike indirectly structured organization, inapplicable rules are scrutinized and reworked as needed.

Rules help people discover the most sensible course of action without being prescriptive on the course of action, permitting leeway for sensible choices. As the social and procedural context of the work might be dynamic, people need to be comfortable with discovering the best way to move forward. Rules would only be created when those doing the work are unable to produce a desirable result.


Direct structures align need and provision: Those who have the need are able to either resolve it by themselves or directly access those who can. Rule decisions are made by those who can see and affect the outcome of their choices. The most sensible form of rule making in a directly structured organization is by asking those at the receiving end of a rule which kind of rule makes most sense for them.

Characteristics of rules in a directly structured organization include:


Rules in a directly structured organization clearly correlate purpose and outcome. It's not essential for people in areas unaffected by the rule to know about the rule - and when effects occur that are not intended by the rule, it will be subject to scrutiny.

The weird part about rules in a structureless organization is that they don't seem to exist. This, however, would be a misunderstanding as rules actually do exist - except that they are usually implied rather than defined and people don't even feel the need to formalize them, as this formalization does not add any value.

In general, the need for rules decreases as mutual understanding and alignment increase - and the high levels of collaboration in a structureless settings foster these things. While the creation of collaborative bonds usually requires a clarification of mutual expectations, rules are often not very helpful, because they are created with a lot of ambiguity and therefore, often misdirected. Much more important than setting a rule is aligning on the intended outcome of collaboration and creating an environment where impediments are quickly addressed and resolved.

Formal rules in structureless organizations are usually externally imposed, such as laws. It goes without saying that structureless isn't anarchy - so such imposed rules need to be maintained. As they are not an intrinsic part of the organization, people will discuss these rules not in a setting on what to do with them, but on the easiest way to get along with them.

Because structureless organizations no longer care about the rules themselves, discussions aim at:


Nonetheless, these are already implicit rules - the rules of getting along and communicating. Probably the most important implicit rule of a structureless organization is the "No Asshole Rule". It will never be mentioned, as the mere need to mention it already means that a problem occurred that should not exist.

Structures are created to minimize communication over rules, assuming that rules can be formalized in an unambiguous way. Structureless organizations acknowledge that communication is essential to move beyond a limited and superficial mutual understanding. Once the necessary communication over collaboration has happened, the need for formalization disappears. Hence, the rules become implicit rather than explicit.
Posted by Michael Küsters at 10:06:00 AM No comments: