It doesn't matter whether you use Scrum or Kanban, on a team or program level - Dailies are (or: should be) always part of the package.

In general, it's a good idea to have a fixed slot on the calendar where everyone quickly comes together to keep each other synced. Still, the amount of Dailies can get overwhelming. And tedious, And boring. So what? Here's a suggestion for Dailies that doesn't rely on Scrum's standard "Three Questions": 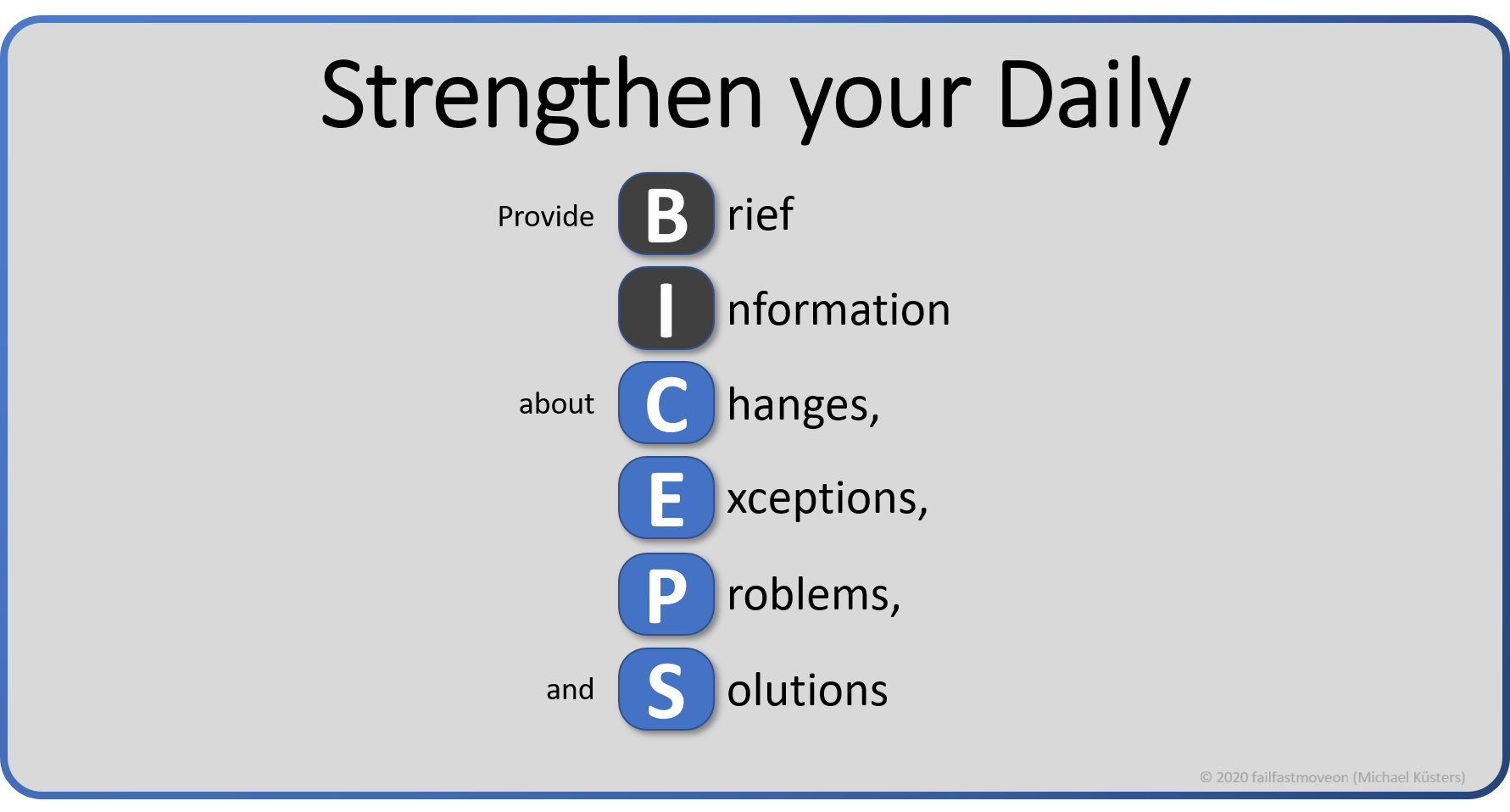 Dailies are not the time for discussion.  They're for brief information exchange.
Be as concise as possible, provide only relevant information.
If there is something to discuss, focus on what it is, and keep the content discussion for later. Meet after with the people who find value in the conversation itself, so that those who aren't involved are free to do something that matters to them.

Nobody cares that you were "busy" or "working on", because everyone is!
And as long as you're following the agreed plan, that's not news, either.

Should you mention that you have finished one work item, and started another?
If you're using visual indicators of progress and your board is up to date, everyone can see what you're working on. And as long as that's doing just fine - that should suffice.

Instead of focusing on activity, try refocusing on things that were not agreed beforehand:

Did anything "outside-in" happen that makes further pursuit of the current plan suboptimal?
Did you have any learnings that make a different way forward better
Do you need to change the work, or the goals?

Did something unusual occur, for instance: does something take unusually long, are you running out of work, do you need unplanned support? Are there any execution signals that imply there could be an issue somewhere?
Whatever comes up that may need further investigation or wasn't part of your initial assumptions should be mentioned, because it will distract from your original plan.

Does something block your pursuit of your current goal, be it technical, organizational or procedural.
Which work item is blocked, and what is the impact of the blockage?
I like to prepare red stickies and just plaster them across the blocked item(s), so that everyone is aware that this item doesn't make progress.

The opposite of problems - what is now unblocked, and can proceed as normal again?
Don't get into any form of detail how exactly the problem was addressed, unless multiple items were blocked and you need to be clear how far the unblocking reaches.

Many Dailies are entirely "ad hoc", people just show up, and mention whatever is on their head.
Instead, try to be prepared for the Daily: do you have any BICEPS to share, and what's the best way to get the message across?

Yes, that's great. It means that you don't need to communicate anything in the Daily, because everything is on track.

And what if we all have nothing?

Then - cancel the meeting and continue whatever you were on to. You have more important things to do than interrupt your work to communicate trivialities.

And the social aspect?

If you want to use the Daily as a water cooler event, to decompress or whatever - you can do that. With the people who are interested. That should be part of the regular work, and not of a Daily, which is a cyclical Inspect+Adapt event to help you maximize your odds of succeeding.


Should we even have a Daily then?

That depends. In another article, I discussed that closely collaborating teams may not need a Daily. For all other teams, it's actually good if you don't need Dailies, yet still keep the fixed time slot just in case. The mechanism could change from routine daily to "on-demand" daily.

You could measure how often you need to have Dailies, which becomes a metric of how well you can predict your next steps, then use that to have a discussion of whether that's appropriate to your team situation or not.